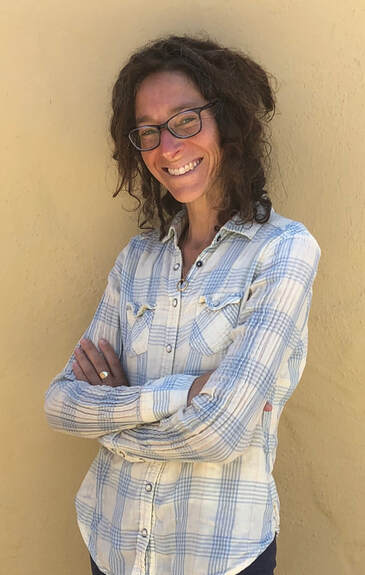 ​Susan Aharona Shackman has been practicing Ashtanga Yoga since 2003.  She has studied exclusively with senior teachers who follow Ashtanga’s “old-school” method of practice.  Aharona feels honored and blessed to have been given the opportunity to practice the entire Ashtanga syllabus in its original form of four series.  She is happy to be keeping the old-school tradition alive, and she is eternally grateful for her primary teachers, Nancy Gilgoff (one of the first Westerners trained by Sri K. Pattabhi Jois) and Casie Newhouse.  She is also grateful to have studied with Manju P. Jois, with whom she has completed both Primary and Intermediate Series teacher trainings.  Back in 2005, seeking further explorations into the traditions and philosophies behind her yoga practice, Aharona completed a teacher training at the Mount Madonna Center, where she was greatly influenced by the teachings and presence of Baba Hari Dass.  Following Babaji's instruction of "teach to learn," she then began to teach.  Sharing the practice of Ashtanga Yoga, which has had such a healing, grounding, and enlightening effect on her life, is one of Aharona's greatest joys.
​

Also a massage therapist, Aharona has been practicing deep tissue massage since 1998.  Besides Ashtanga, her practices include writing and West African drum and dance. 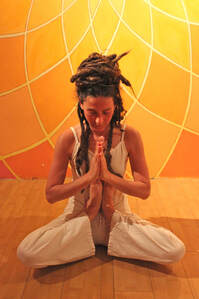 ​To experience an optimum state of health, Aharona firmly believes in the power of maintaining, foremost amongst other things, a clean diet.  For over 20 years she has been researching and experimenting with cleansing through various dietary practices, during this time having passed back and forth through periods of vegetarianism, veganism, whole foods, raw foods, “mucusless diet,” fasting, fruitarianism, liquitarianism, and pranic nourishment (finally landing in the latter).  Having found the shifts in her diet to provide the most profound impact on her physical, mental, and emotional bodies and, most importantly, on her state of consciousness, she has been greatly impressed with the transformative power of dietary cleansing, and she is also available for counseling on these matters.